It’s true, we haven’t been writing much about the chickens (except a spare vacation photo here and there) this fall and winter. It’s because Jason has been embroiled in the longest running conflict of his pampered urban chicken farming life.

To explain this we need to start at the beginning. As in most things you can follow the money, but perhaps where chickens are concerned it is best to follow the corn. The tasty tempting Omega-3 fortified organic feed. The Whole Foods organic salad greens. And of course back to the corn again.

Well, too much of a good food thing invites the uninvited nibbling guests, and in this case there is some sort of rat enclave or mouse mafia that has decided that what’s going to the chickens by rights oughta go to them.

Note: our cat has retired to a life of leisure and scowling and no longer pounces on anything but Tasty Treats.

So about a year ago in the spring, Jason noticed that there was mouse poop pellets everywhere.  Further investigation showed that in addition to a few gaps in the deck above the coop, there was bits of mouse fur stuck on the chicken wire holes.  It turns out those are big enough that mice can quite happily climb through them.

They’re adorable little things but the poop is too much.

Being the stalwart homeowner, Jason of course went to a home repair store and bought an enormous pile of hardware cloth.  It was a solid two days of work to re-ring the coop with it and clean out the mouse debris.  All was quiet for months.

So after painstakingly repairing the chicken wire and gaps of the coop, it was a troubled brow that greeted me about 3 months ago.

After work, Jason came into the house from checking the chickens and said:

“Oh noes! The Rat War has begun,”
and proceeded to tell me in excruciating detail how, he’d hammered and patched up the gaps in the wiring and the boards but now..

Now the rats were digging like an ancient siege war. Jason had laid in heavy gravel deposits to prevent spurious digging. Overnight, avoiding this area, they had dug at least 6 inches underground, around the obstacles he had put in their way. One could almost imagine mice atop trebuchets, directing heavy fire at the coop walls. It was a damned, dirty, and also wet (this is SEATTLE WINTER) war.

Try to imagine – the night before you tuck the chickens to bed, snoozing in their coop o’ Omlet splendor. You have prepared your fortifications. You have done what urban mankind does best, outwit nature.

What will Jason do next? See the next post for “Peanut Butter Preventatives…”

Stay tuned for the next updates.

Posted in Uncategorized | Comments Off on The Rat/Mouse Wars: Part 1
Posted on 2020-02-08 by betsyaoki 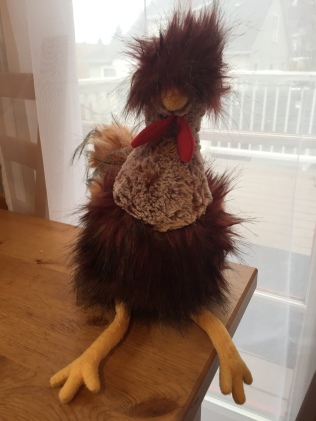 Alas we have been negligent in keeping up with the chickens.

but thought should post the goodies we found in Hawaii when we visited over the holidays…. the shimmying hula rooster and, hard rocker Ricardo…

Posted in Uncategorized | Comments Off on

We were going to dinner on Saturday and Olive Oil Chicken decided to jump up on the fence and caw at us like mad.

Olive oil is a THICC chicken. 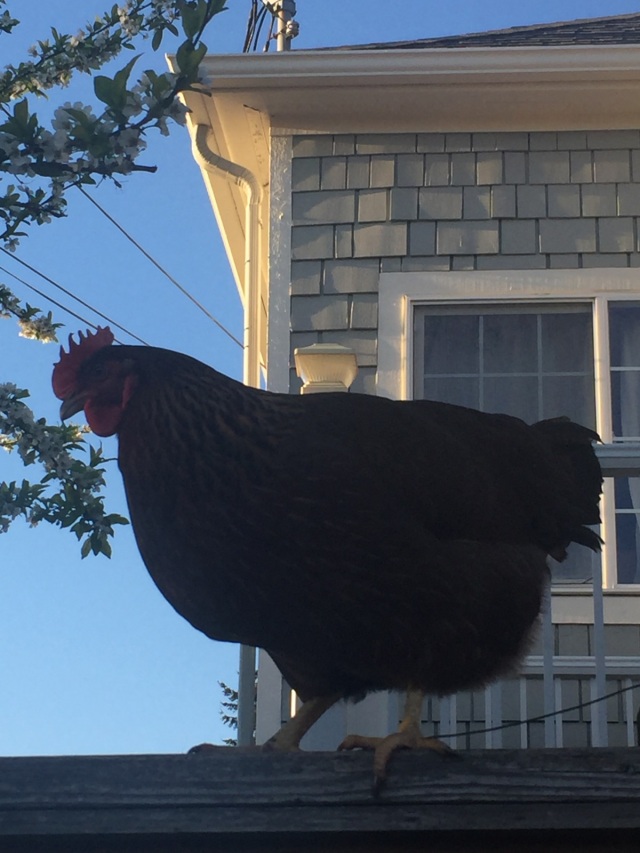 She then decided to stick her head into the plum tree flowers and go to town. She was absolutely obsessed with the plums on this tree last year so I guess she remembers it.

Posted in Uncategorized | Comments Off on Olive Oil Chicken is obsessed

CHICKEN has leveled up!

CHICKEN has leveled up!  Developed a new SKILL!

Posted in Uncategorized | Comments Off on CHICKEN has leveled up! 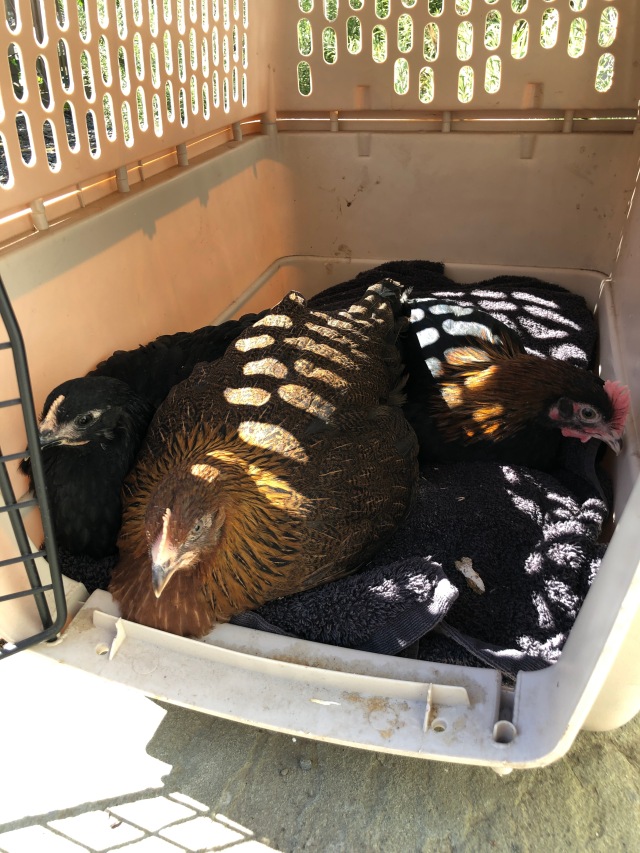 Posted in Uncategorized | Comments Off on Generational Turnover

Based on UNSPEAKABLE EVIDENCE, it was determined the chickens had roundworm.  So Business Chicken 2.0 got a free trip to the vet. 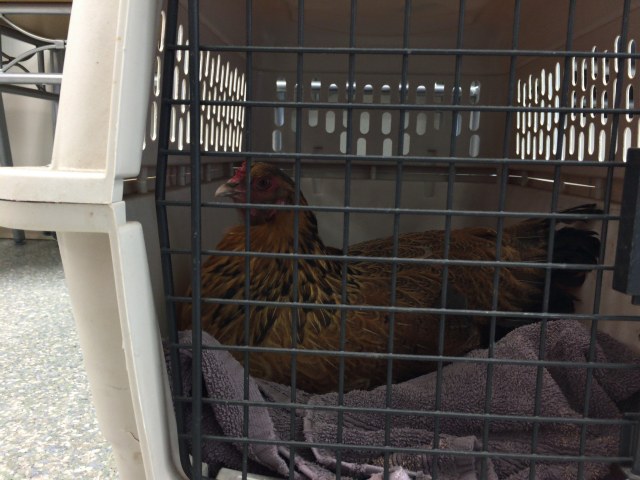 She showed off those tail feathers.

Posted in Uncategorized | Comments Off on Parasite threats

Seen under the rail tracks in the Ginza district of Tokyo.

Posted in Uncategorized | Comments Off on Japanese chicken farm advertising 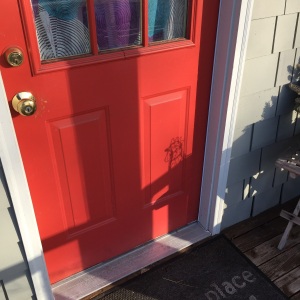 Posted in Uncategorized | Comments Off on Chicken mementos pay off

Seattle is having a minor rain and windstorm today and the birds just don’t approve. They’re hanging out on that roosting pole we built them looking adorable.

Posted in Uncategorized | Comments Off on Windstorm Chillin’

Sadly, Backup Chicken was not able to recover from her infection. She perked up for a few days, but then got droopier over time, until she was barely able to stand.

The poor thing, we had to say goodbye to her yesterday. Rest in peace, you lovely little bird.