Playing a game of chicken 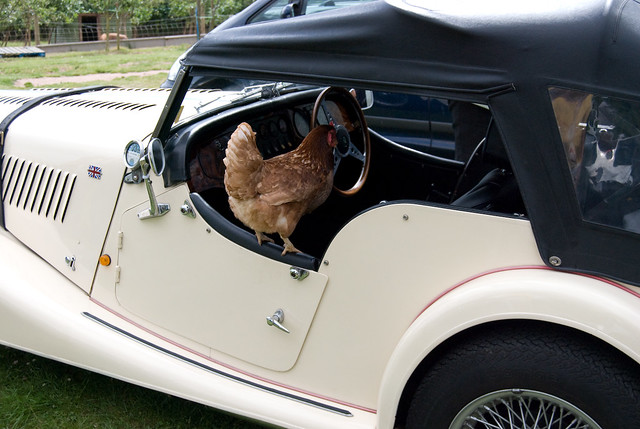 In Seattle, chickens tend to bawk and peck at each other a lot, they do not drive cars forcing each other to swerve on the road. Nor do they worry about the national debt.

But if you want the nitty-gritty of academic game theory. the math-filled analysis of playing the game of chicken, check out this Minnesota Public Radio video analysis of what’s going on when folks collide and at least one is acting crazy.